First of all hi and welcome! How would you describe yourself as a person?

Hi and thanks! I'm about 5'6" with blonde hair and blue eyes. I'm also hilarious!

What projects are you working on now?

Another pop painting is under way, and there are always loose ideas and T-shirt designs rattling around upstairs.

What was your first piece of professional work?

A long, long time ago I painted a fantasy/fairy mural in the gift section of a bookstore where I was working. It was in my senior year of high school.

How did your idea for 'Motocross-Stitch Kitteh' come about?

I was visiting with my Gram who, like most grammies (right?), has a couple little cross-stitch pieces she made hanging on her walls. That sparked the ideaâ€”it needed to be removed from the usual "Home Sweet Home" vibe, and as a cat lover I wanted to do something with cats, so it sort of took it's own direction once I got thinking about these elements. I basically like to take the familiar and twist it. 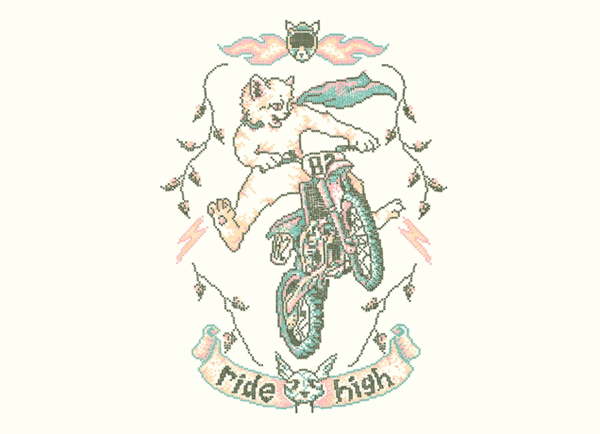 "Motocross-Stitch Kitteh" is available as tee!

Could you explain the concept of your Rabbit Heads series as featured on your website?

The white rabbit is Alice's guide through Wonderland, and for me it is a symbolic of synchronicity. So taking that idea, and my love for classical art, the rabbit head series came about. It was enticing to tackle a range of styles, while also paying tribute to these various artists and art movements I grew up admiring.

Could you discuss your Pop-Reinterpretation series too?

The Rabbit Heads just eventually evolved into the Pop series, I wanted the work to connect with more people in a positive way. Pop culture is where the people are, and I just can't help my subversive sense of humor.

Your work often covers traditional styles and imagery, but with a juxtaposed element of pop imagery. Would you say that your work attacks and seeks to overthrow traditionalism or embraces it?

I'm not a particularly serious person, so I like to keep things fun and light. I'm not really seeking to overthrow anything or anyone! I love the range of styles and the history behind them. I would say I'm more embracing traditionalism, by using or reworking it. 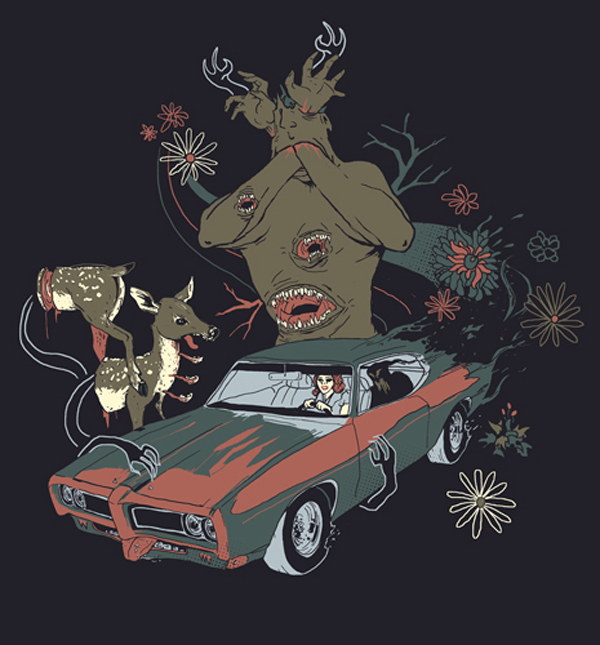 Are there any topics that you would not feel comfortable with in a painting?

I don't think so, but there's probably something I'm not considering. Anyway, no sense limiting myself in advance.

Has anybody ever been offended by your work?

I imagine so, although offending people is not my intention.

The Human Centipede; unfortunately, I stumbled across the trailer. That, and the salaries of reality TV stars.

Which animal is your favourite from your 'Friendly Beasts' design? If they were real, would you like to pet any of them, or would you be too scared?

I'm partial to the bearded tortoise. Haha, I would probably pet any of them. I mean, the scariest one for me is the Cookie-Loving Grizzly with googly eyes (don't come between him and his cookies!). There are scarier things in my dreams. 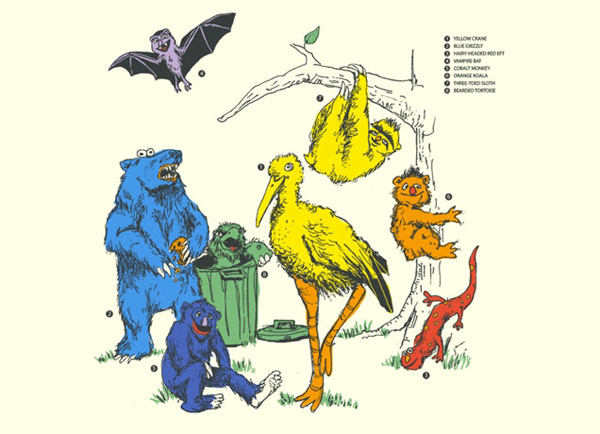 "Friendly Beasts" is available as adult and kids tees!

Who has been most significant to you as your development as an artist?

That's a tricky question to answer. It's not so much, "who" as "what". Support from family and friends, vivid bizarre dreams, pop culture (the '80s!) and various art movements have all been significant factors.

If you had to be a video game character for a day, which one would you be?

No specific character, but I would like to live in the Monkey Island Universe for a day.

What would you like to achieve in five years time?

I guess I haven't thought much about the future that way, is that bad? (I'm not so much into achieving things as doing things.)

No, not at all. Keep on making, that's the most important thing!

You can have three wishes, what would they be?

Temporarily excluding things like world peace and no poverty: 1. Time travel 2. The ability to fly 3. 3 more wishes (or 1 more genie) 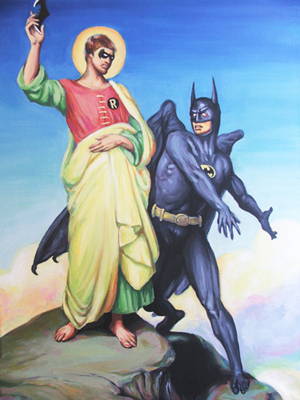 Many thanks for taking part in the interview and I wish you all the luck in the future, with your wonderful pop-culture inspired creations.