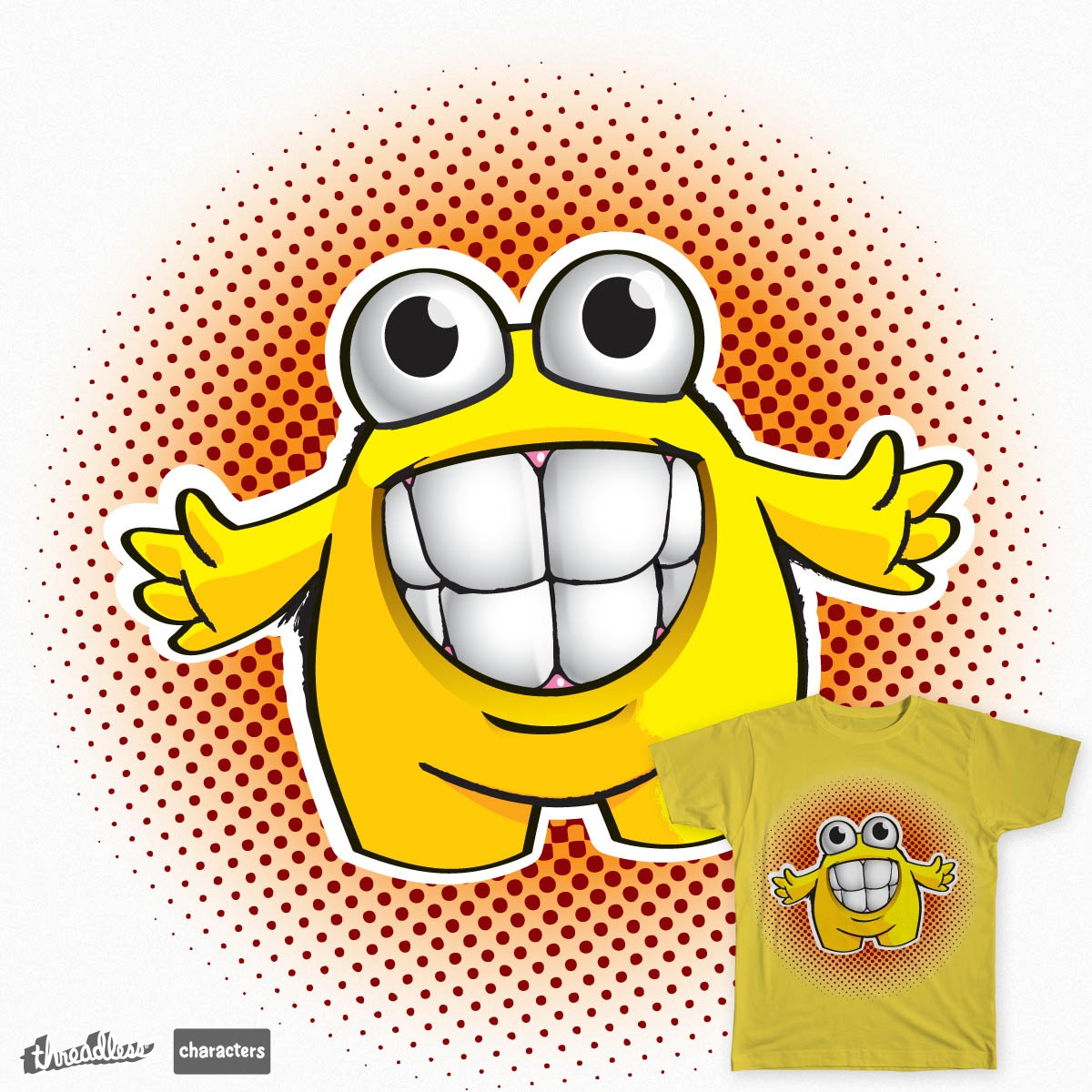 I first met Zoogi when I was idly staring into space, watching progress bars march across my screen while I was at work. Apparantly this is the way he chooses to be seen by the "Big Stupid Folk" as he chooses to call us. It is the only time our minds are open to the possiblility of small round yellow creatures that are mostly eyes, mouth and teeth. He claims he's from an alternate dimension where the sky is green, the water is made from chocolate and The Home Shopping channel is considered fine performance art. I am skeptical of this as he seems quite child-like and is prone to exaggeration and out right lies. I am also guessing as to whether he is a "he" or not. Zoogi can be quite aggressive in play and seems to like things that I would assume a typical little boy would like, but I have on occaision caught him eyeing up my wife's shoes, so I may be wrong on that one. His favourite foods include ice cream, cookies and dryer lint. He has on many occaisions tried to communicate with my son's stuffed toys (they are about the same size) and once he tried to get the stuffies organized, claiming they were in fact child care workers and needed to be properly compensated for all of their hard work. He also likes to chase our cat around the house but seems to be very afraid of the neighbourhood birds. Despite his stubby legs, he can run quite quickly, and he can stand upside-down and run on his hands just as easily as on his feet.

During some idle time during my lunch I quickly sketched out a round little guy with a big smile. I scanned the pencil drawing and then I drew everything out in Illustrator, using the scan a a tracing guide. I figure this would have been the type of image I would have appreciated when I was a teenager and would probably translate easily into a vinyl toy. I think my first description is a bit more fun and colourful.

So the next time you are daydreaming at your computer and hear a loud thud and all the ice cream in your fridge is gone, perhaps you too were visited by your very own Zoogi!