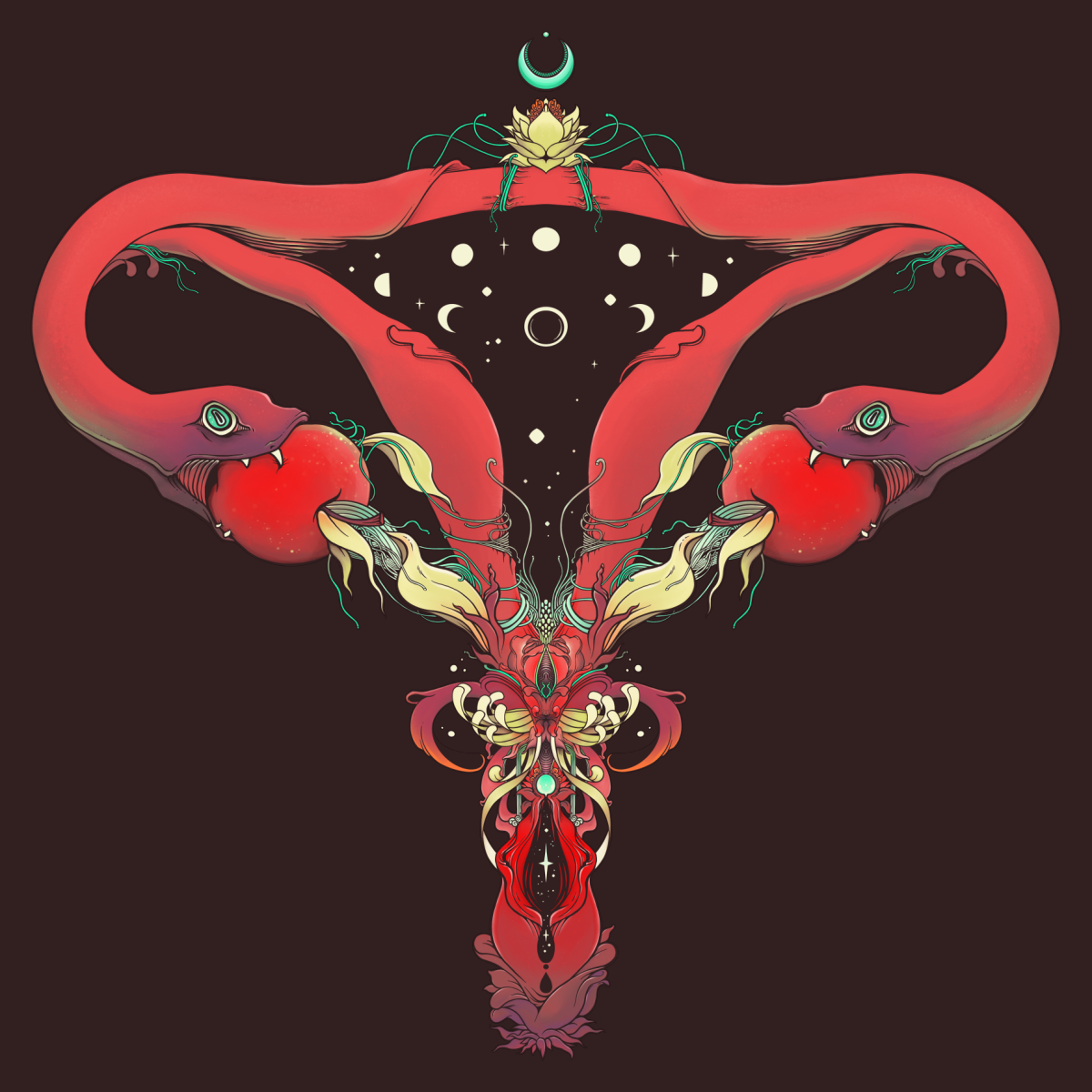 A uterus with two snakes. Inspired by some interesting folklore I read about
Lilith. In one version, Lilith was made from the same dirt as Adam and
therefore considered herself to be his equal. She left The Garden of Eden,
after refusing to be submissive. A new wife was created for Adam, Eve.
Lilith was demonized. Some stories portrayed her as the serpent that
tempted Eve to eat the forbidden fruit.?