Join the warfare between heaven and hell!

The Court of the Dead is a dark fantasy universe that will subvert your expectations about who the heroes are… and what they should look like. Only Death and his Court of the Dead can put an end to the savage war between Heaven and Hell that is eating up mortal souls.

Sideshow is known worldwide for its museum-quality pop culture collectibles. The Court of the Dead is our debut original property. We’re creating a world, and we’re excited to invite you to build it with us. And, of course, the finest architects will reap some amazing rewards.

Here’s what we’ll be looking for in the winning designs:

Appearances are Deceiving.
The Court of the Dead is a parable of power and its ability to absolutely corrupt. Death is our hero, albeit one with a heavy dark side that he’s trying to rise above. He is trapped between the temptation to use his power, which could destroy his self-determination, and his drive to stop the war between Heaven and Hell, which is destroying the universe. Death is seeking balance and redemption. In short: Feel liberated to reimagine villainous archetypes as expressions of heroism. Beauty and horror collide in the Underworld, and both take a back seat to self-expression. We’re looking for your unique take on our anti-hero, flip-the-script universe. 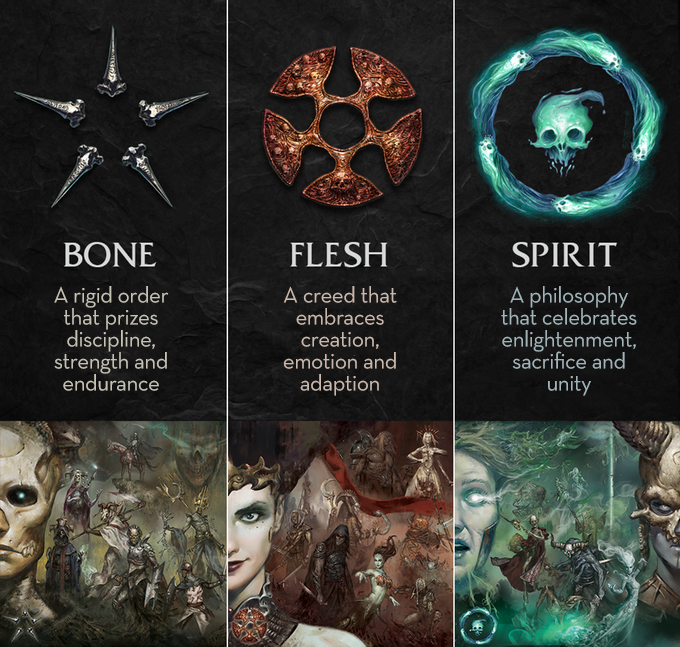 Bone, Flesh, Spirit - What’s Your Faction?
There are three factions in the Court of the Dead: Bone, Flesh, and Spirit. Little happens in the Underworld without them. Each faction projects a unique aesthetic based on its own beliefs. Designs should incorporate your faction aesthetic. You can find out your faction by taking this quiz.

Your Trash is Another’s Treasure
Mortal souls are not the only things to pass through the Underworld. Antiquities infused with the memories of their makers and owners also find sanctuary in the Land of the Dead. Refurbished, re-interpreted and re-imagined, these objects are cherished regardless of the notions of value, era or beauty that were previously attributed to them. Beauty is in the eye of the beholder. Think like an Underworld artist and incorporate objects into your designs that you, personally, find meaningful.

Rise, Conquer, Rule!
This is the anthem of the Underworld. It is an underdogs’ rallying cry for self-determination and rebellion. The Court of the Dead is facing an epic battle against two massive oppressive powers: Heaven and Hell. The realms of existence are woefully out of balance, so asymmetry is highly encouraged in your expressions. We will be looking for an element of this revolution… Let your designs rise up and challenge the established order!